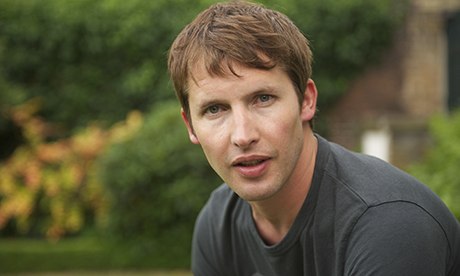 In a nutshell, Bryant name-checked Blunt (along with Eton-educated actor Eddie Redmayne) in remarks he made about the arts being dominated by those from posh schools.

Blunt fired back with some questionable swearing, whilst accusing Bryant of ‘classism’, and retorted that no one at his boarding school encouraged him to go into the music business.

Nonetheless, privately educated people are disproportionately represented in many areas of British life, be it music and acting as in the cases of Blunt and Redmayne, or politics, with 36% of the cabinet having attended private school (compared with just 7% of the population).

Even if, as Blunt says, he was given no specific encouragement to pursue music, is there something about a private school education that means your child is more likely to pen the next ‘You’re Beautiful’ (or, perhaps more pertinently, lead the government of the United Kingdom)?

Aside from the commonly cited benefits of academic competitiveness and lower class sizes, there are a number of ‘soft’ factors that could contribute to the success of children from private schools.

For instance, many private schools place great emphasis on their history. Children who attend lessons in venerable old buildings, watched over benevolently by portraits of former head teachers are subtly encouraged to think of themselves as belonging to a tradition. Not only does this confer a sense of ‘specialness’, but it also exposes students to the language and iconography of power early in life. A child who has attended an old private school is likely to feel more attuned to the ceremony and pomp of Oxbridge than one who has attended a modern comprehensive.

The same could be said of the speech patterns children pick up in private school. Received Pronunciation remains ubiquitous on our screens and airwaves, and, unfair though it may be, surveys continue to show that posh accents are regarded as more intelligent, honest and charming by the public. So our ingrained preconceptions means we’re more likely believe being told ‘You’re Beautiful’ by James Blunt than, say, Alan Sugar.

Young Blunt and Redmayne undoubtedly benefitted from after school activities too. Many private schools offer all sorts of clubs and societies, offering students valuable opportunities for personal growth and exploration. An Eton boy like Redmayne could see as many as thirty plays per year performed by his peers – that kind of cultural capital is priceless.

Then there’s the culture of expectation. Many private schools regularly achieve rafts of outstanding grades, and it’s far less remarkable for students to apply for places at Oxbridge. In an atmosphere where this kind of success is expected, children tend to rise to meet those expectations. Perhaps James Blunt inherited a drive to rise to the top of the charts from this kind of competitive environment.

Of course, it’s often argued that this can turn private schools into hot houses, where children are put under immense pressure to achieve top grades, at the expense of their individuality.

Critics also point to the lack of diversity in many private schools as compared to their state counterparts. Learning respect and emotional intelligence when dealing with people from all backgrounds is a vital life skill that is perhaps more readily achieved in the state sector than the more homogenous private demographic.

Furthermore, the success of Blunts and Redmaynes may be attributable not to anything special about their schooling but simply their parents’ connections. Parents from more privileged socio-economic groups tend to have the financial and cultural capital that gives their children an advantage, and the luxury of time, when it comes to pursuing their calling.

Register for our full academic assessment and envision your child's future.

Some of our tutors